Skip to content
Home » How to Replace Vinyl Siding With Brick? (Step-by-Step Tutorial)

Vinyl siding has many great benefits. It stands up well to the elements and can improve your home’s aesthetic and resale value. But, if you want to give your exterior walls a more rustic, traditional southern look, brick is undoubtedly the way to go.

This article will show you how to install brick veneer after getting rid of your vinyl siding. You will need enough time to complete this project which can span several days. But, the final look of warm, cozy, and rustic bricks will be worth it. So, without further ado, let us get started!

You will need for replacing siding with brick 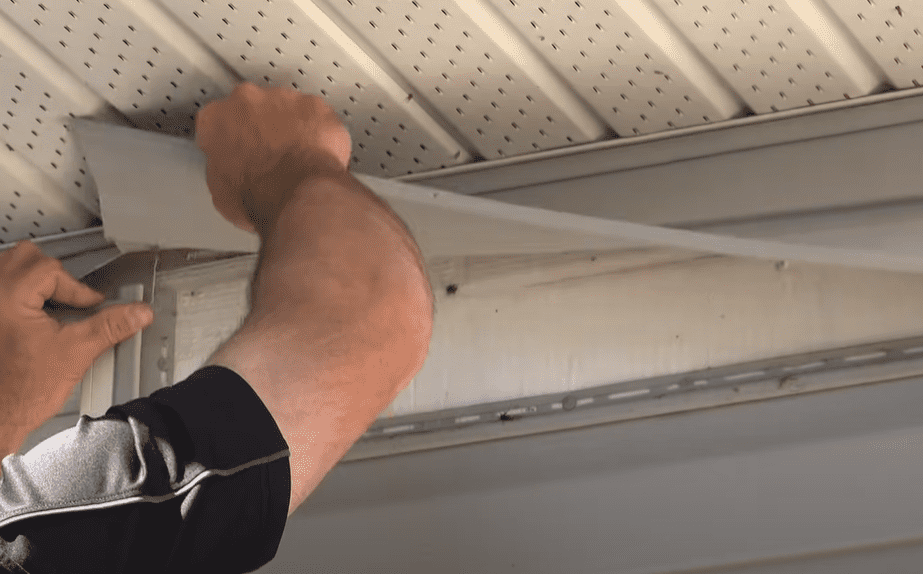 Remove the existing vinyl siding before building a new brick wall. Vinyl siding is installed from the bottom up, so you will start from the top to remove the panels and make your way down.

Repeat this process to remove all the vinyl siding panels to the last one on the ground on the wall where you want to install brick veneer siding.

Step 2: Do the prep work 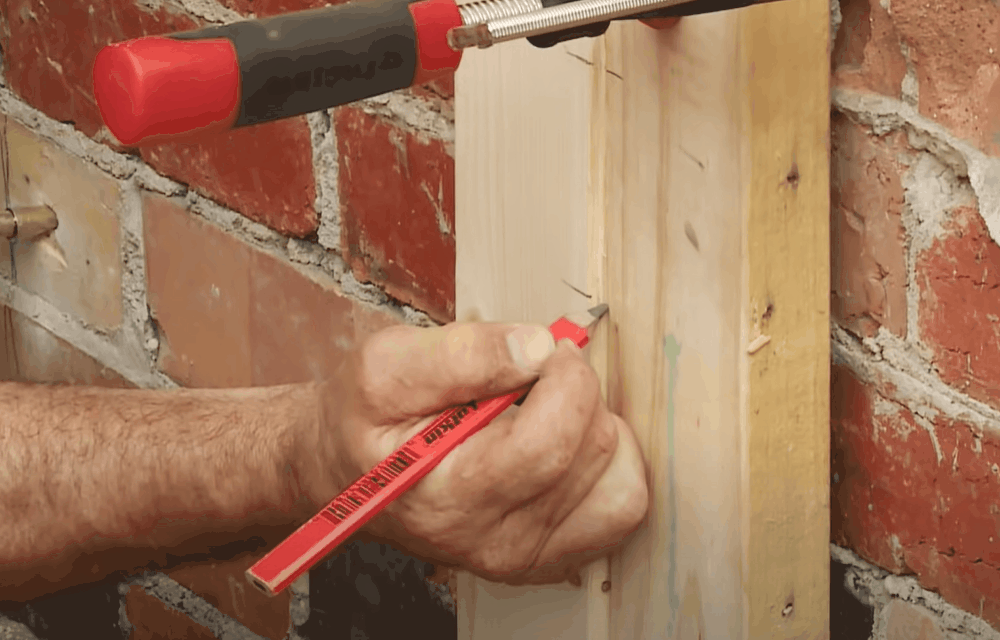 After removing the vinyl siding, you need to do a couple of things to prepare to install the brick siding wall. A strong foundation is necessary for a strong and structurally safe wall.

First, cover the wall with felt paper or house wrap to protect against moisture. Most houses with vinyl siding already have moisture barrier paper, so you can skip this step if this is the case for you. That said, if your house wrap is old and damaged, it is best to replace it with a new moisture barrier.

Use a story pole to mark the house wrap below windows and doors. This will guide you to accurately lay the first rowlock columns of brick veneers under these openings. 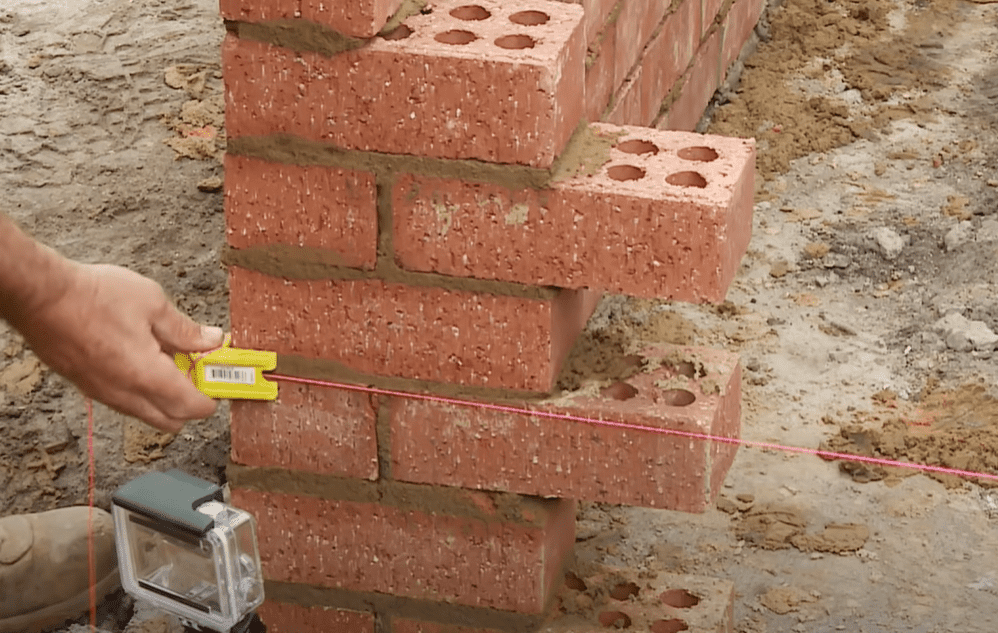 The angle iron acts as a ledge and helps you build a foundation for the new brick veneer wall.

Place the 4×4 inch angled iron at the foot of the foundation of the exstinging wall and determine how much angle iron you will need.  Cut the angle iron to size and drill holes on the iron 1 foot apart.

Insert lag shields in the newly drilled holes and install the lag screws to fasten the angle iron to the wall. 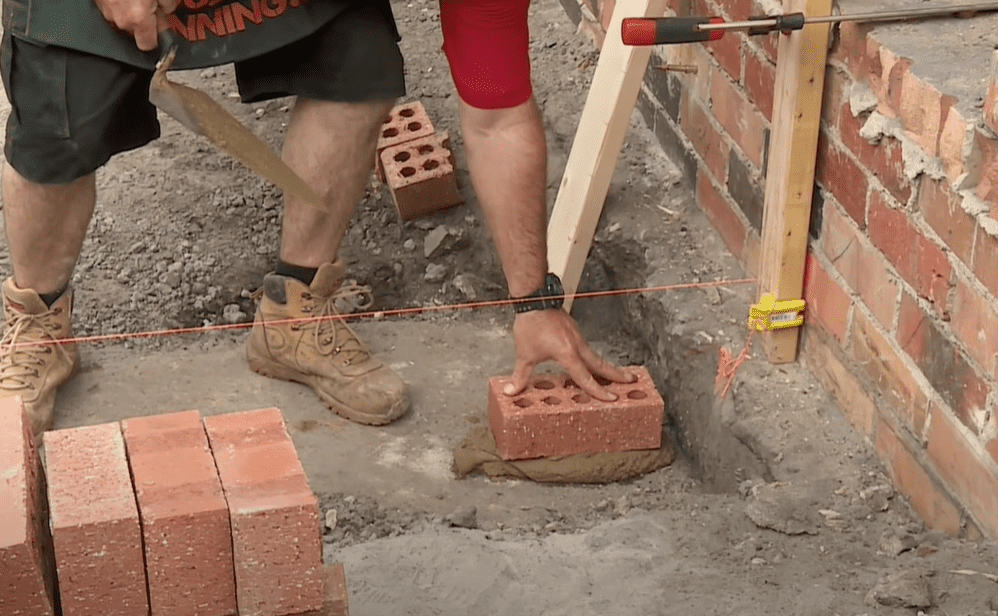 Mix the motor according to the manufacturer’s instructions. After the motor is ready, scoop a portion and dump it on the angle iron ledge.

Start at one end of the ledge and use a trowel to spread out the mortar to accommodate three starting bricks. Spread out the motor so that it is roughly one inch thick.

Lay the first brick, ensuring that its edge is aligned with the edge of the angle iron ledge. Press the brick into the mortar but allow a ½ inch space between the ledge and brick.

Apply mortar on the smaller face of the brick where it will join with the next brick.  Remove the excess mortar and lay the next brick adjacent to the first one.

Add and spread some more mortar on the ledge to a 1-inch thickness for the bed mortar and 3/8 thickness for the joint mortar. Lay more bricks, working from both ends. Remember to check for level and plumb as you go.

When the motor has set enough—not too dry and not too runny, use a brick jointer to smoothen the joints and remove the excess mortar as you go. Clean the bricks with a brush and damp cloth as you continue laying the courses; this will make your work easier upon completion of the project.

Pro tip: Be careful not to make the joint mortar too thick or too thin, as this can compromise the strength of the joint between two bricks. 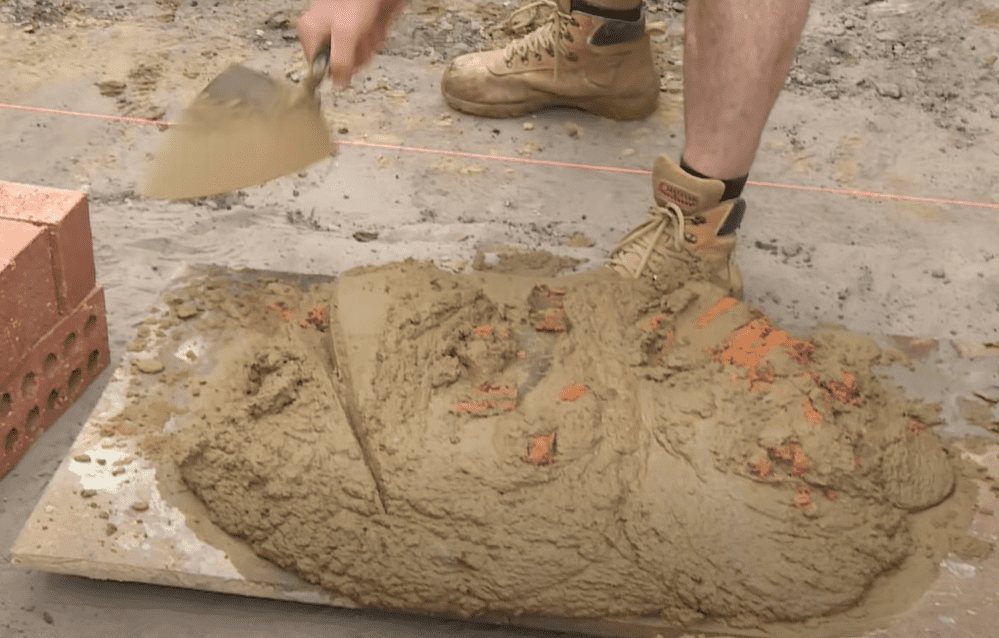 When replacing vinyl siding with a brick wall, you want to ensure moisture, mostly from the mortar, does not get trapped between the wall and bricks. Weep holes can help with this.

Insert a thin plastic pole at the very bottom layer of mortar you applied to the ledge. Do this before the mortar dries up, preferably after laying three or four layers of brick. Leave the plastic pole in place as the mortar continues to set. 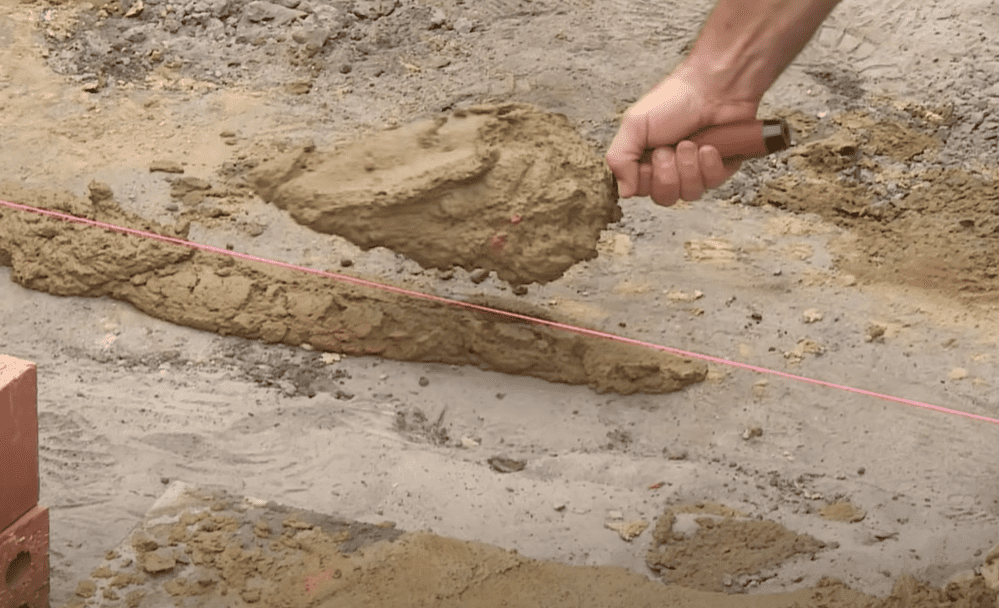 Add another layer of bricks on top of the second course to build three courses on both ends. This is known as building the leads, also known as the corners or ends by laying.

Keep checking for plumb and level, and be sure to move the mason’s blocks and line each time you move to the next course. Build the lead to five courses, starting each course with half a brick. 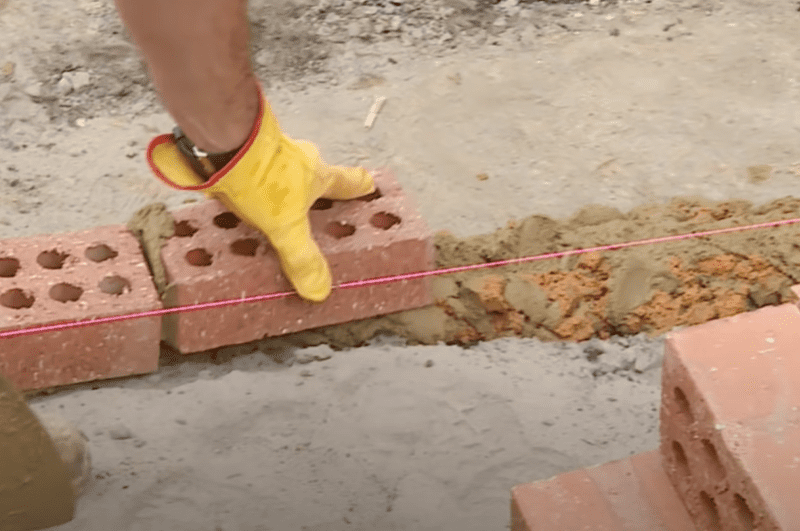 Work from both ends as you add bricks toward the middle until you are left with space for one more brick. This final brick is known as the closure brick.

Do not butter any mortar when laying the closure brick. Instead, dry fit it in the space, ensuring it fits snugly without large spaces between the joints. If you installed the other bricks correctly, this final brick should fit easily.

That said, if the closure brick does not fit, trim both ends accordingly, apply a layer of motor and fit it into the space. 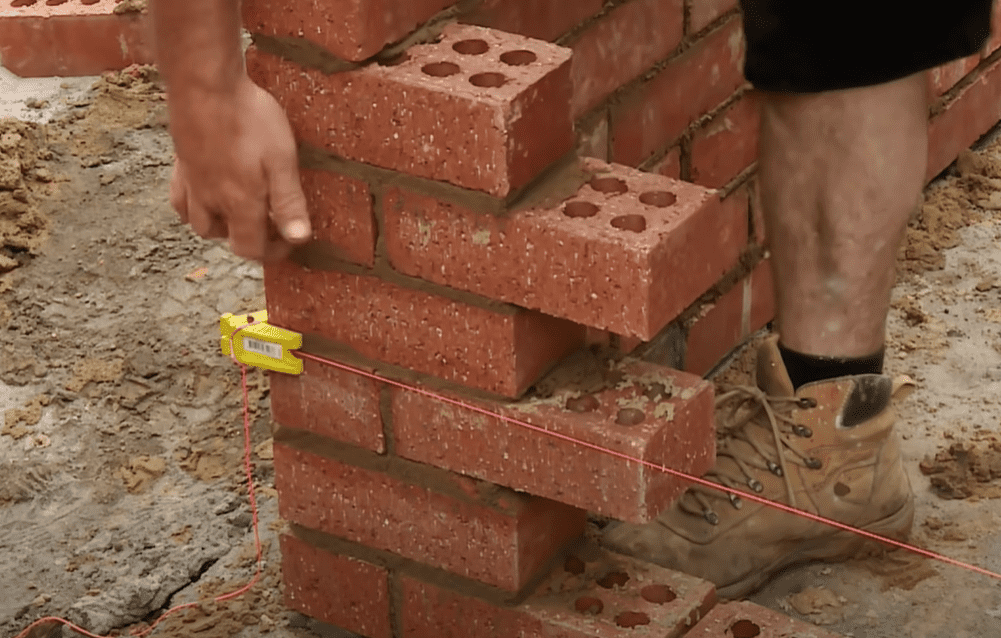 After you are done laying the first course, it is time to add reinforcement before completing the rest of the wall. Use corrugated ties attached to the studs to reinforce brick veneers.

Install ties after every five courses or layers of brick. Use a stud finder to locate the studs.  On the fifth course, attach the tie by laying it flat between the sheath and brick wall and nail it against a  stud. Apply mortar as usual and continue to lay the rest of the bricks.

Step 9: Build the wall up high 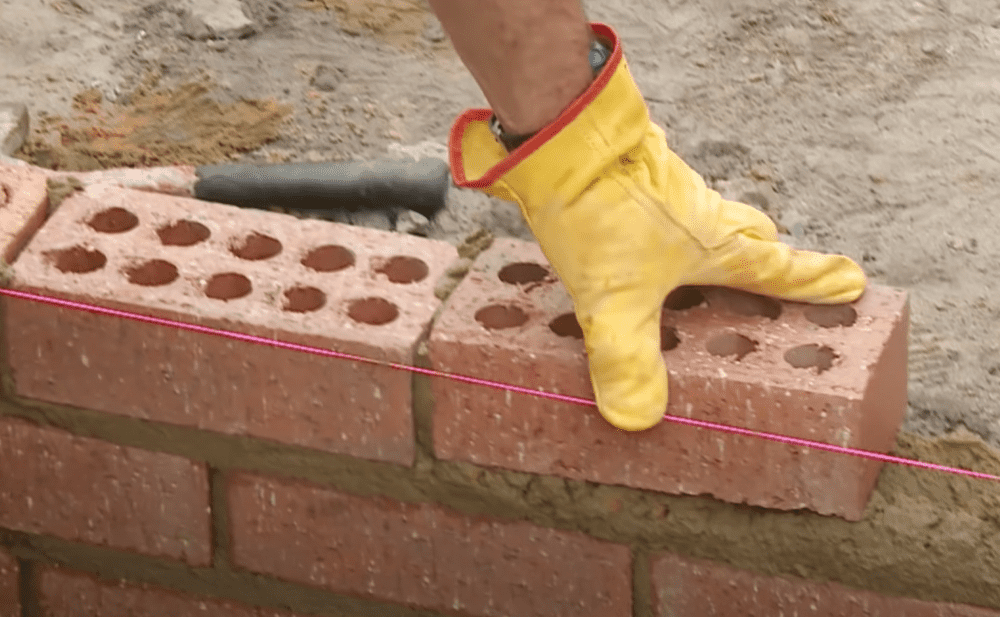 Work from one end to the middle and from the other to the middle to complete building the wall. Remember to move the mason’s blocks and line and to check for plumb and level.

As you build the wall high, the space between the two leads or corners of the wall will get smaller and smaller until you complete the process. Always start each course with half a brick for a staggered traditional look.

If you hadn’t been doing it all along, use a brick jointer to define joints and clean out any excess mortar.

Allow the motor to cure before using the wall.  Repeat this entire process for every other wall on which you want to replace vinyl siding.

Summary: How To Replace Vinyl Siding With Brick

Vinyl is an excellent siding material, and most people never think of replacing it with anything else. But, if you want a fresh new look for your home with a rustic vibe, brick is a solid choice.

Brick veneer is easier to install and looks like the real deal upon completion. With the right tools, loads of patience, and some elbow grease, you can replace vinyl siding with brick siding. Happy building!