We may live in a digital world, but the old-school vinyl records will never run out of fashion. Part of their charm is the mysterious ways in which they produce sound. Sure, there is a real scientific explanation on how it happens, but listening to a vinyl record feels mysterious all the same. So, how do vinyl records work?

Simply put, a vinyl record works by spinning on the record player, commonly known as a turntable. A stylus on the record player moves through the grooves imprinted on the disc and “reads” them. This reading generates an electric signal which is transferred to an amplifier.

The amplifier ultimately conducts the signal to the speakers, from where it will come out as sound. Does it sound complicate? Let’s find out more about it.

A Brief History of Vinyl Records 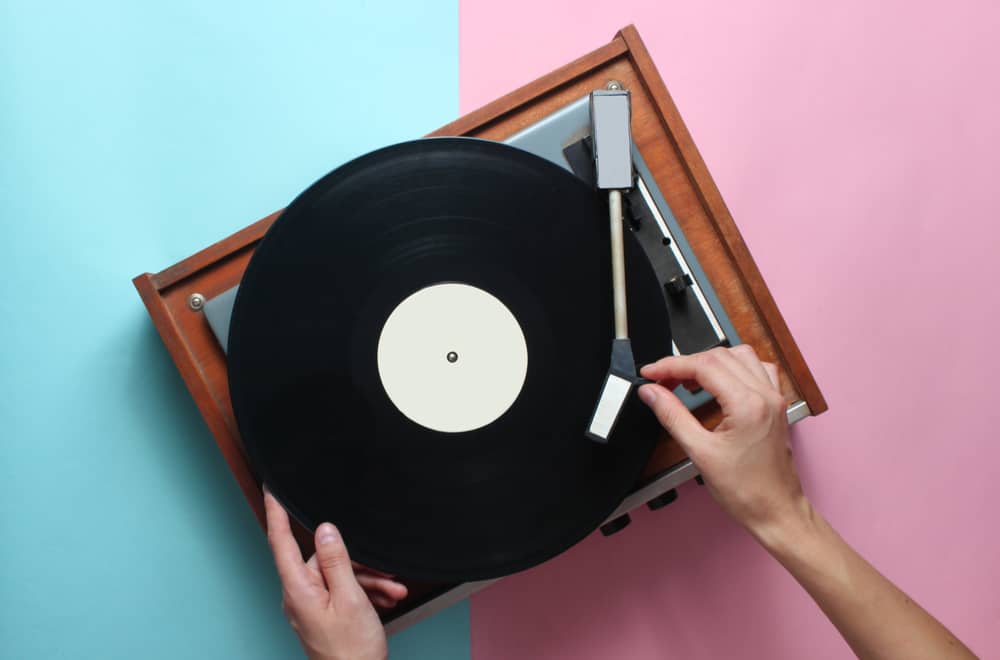 While nowadays we take music reproducing for granted, the first device that could record and reproduce sound was invented in 1877 by Thomas Edison. This device wasn’t a vinyl record, but the cylinders used for the purpose were played on a phonograph.

These flat discs had a spiral groove running from the edges towards the center, but they were hard to mass-produce. The real revolution happened in 1948 when the first vinyl records were introduced. Their main advantage was the easy production method which allowed producers to sell hundreds, if not thousands, of copies.

Alongside records, the record player also evolved from a phonograph and gramophone into a turntable.

Turntables use a stylus and cartridge system, technically called a transducer, to convert mechanical energy into sound waves, which are amplified and broadcast through speakers.

What Are Sound Waves and What Is Their Role? 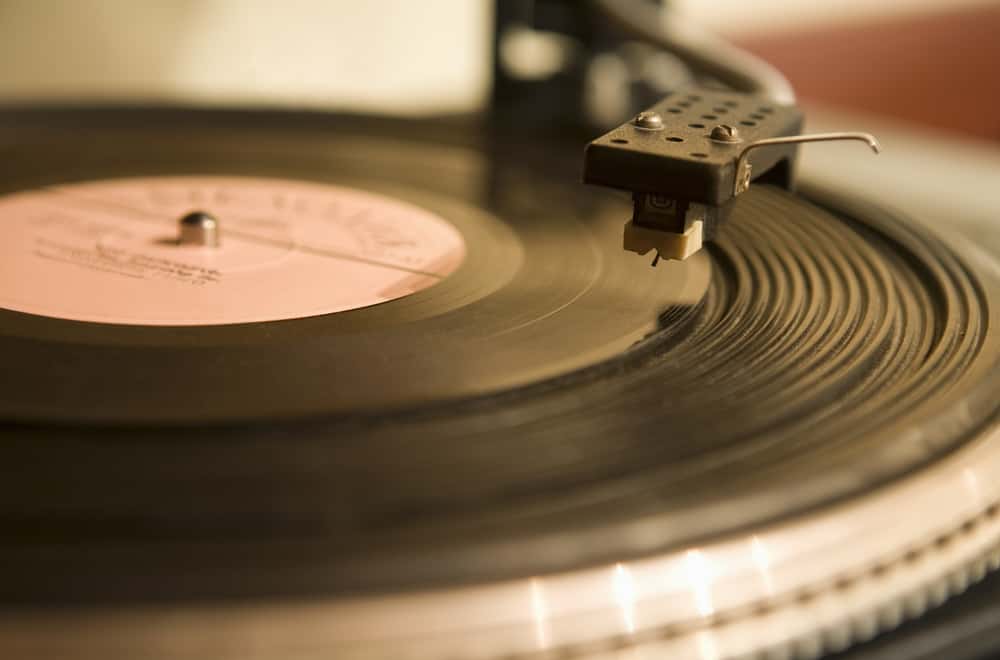 Sound waves are mechanical waves that result from the back and forth vibrations of the particles of the medium through which they are moving. In simpler words, sound waves are particles that travel through the air as they vibrate.

When these particles cause your eardrums to vibrate, your ear detects the sound. This principle works with all sounds, not just vinyl records. And as a rule of thumb, the bigger the vibrations, the louder the sound.

Getting back to our vinyl records and how they work, we must look into the grooves. If you’ve ever inspected the surface of a vinyl record, you might have observed that each disc features spiraled grooves that run from the outer edge toward the center of the disc.

These grooves are actually sound waves imprinted on the vinyl substrate – a sort of fingertip of the sound captured in the disc. These grooves determine the behavior of sound waves as they move through the air, producing the music that we hear.

How Do the Grooves Make Sound? 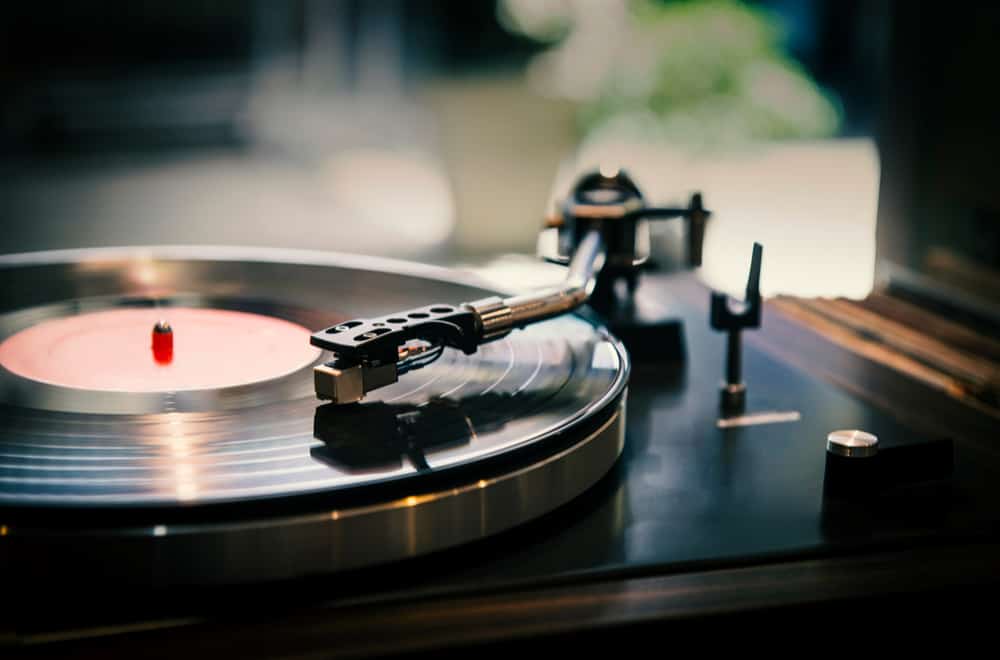 The grooves on a vinyl record don’t make a sound on their own, so how do they make music? This is where the stylus steps in.

The stylus is a sort of needle with a tiny sapphire or diamond mounted at the tip. The needle is connected to a lightweight metal bar that ends with an electromagnetic cartridge containing a piezoelectric crystal or electrical coils and a magnet.

When playing a record, the stylus moves through the disc’s tridimensional grooves as the record spins. The crystal at the tip of the stylus vibrates in accordance with the grooves, and the metal bar transmits these microscopic bounces to the cartridge.

As the metal bar presses against the crystal each time it moves, it generates an electrical signal that is fed out to the amplifier. The amplifier then creates the sounds you hear through the speakers.

How Do Vinyl Records Work? A Step-by-Step Explanation

Still confused about how vinyl records work? Wrapping your head around sound waves and electrical signals isn’t easy unless you’re a physics geek. So, let’s break down the process.

1 – The turntable rotates the vinyl record

The first thing that you notice when you want to play a vinyl record is the turntable, aka platter or vinyl player. This device is designed to turn the record at a constant speed. The speed is determined by the diameter of the record.

If you own single discs recorded before the 1950s, these could have a diameter of 7 inches and spin at 78 RPM. The turning speed determines the record’s length, which can vary from a couple of minutes to half an hour or more.

2 – The stylus reads the record 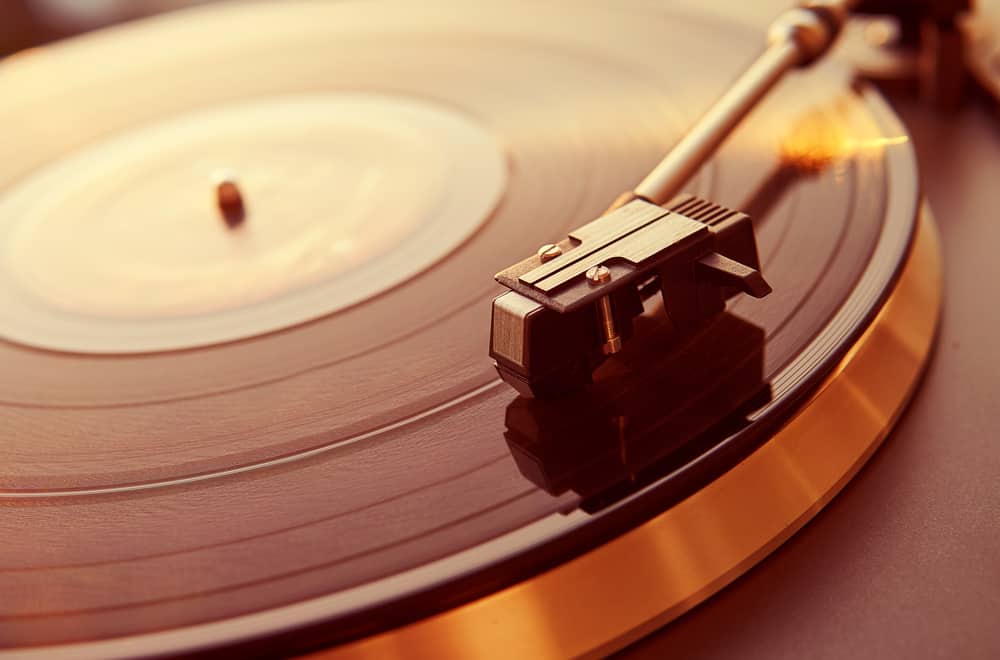 Once the disc starts spinning, a tonearm lowers the stylus onto the disc. Modern record players do this automatically, whereas you may have to place the stylus manually on older turntables. If your model requires you to move the arm manually, place the stylus on the outer edge. The turntable will move it from there.

As the disc spins, the stylus moves along the grooves and bounces up and down following the record’s “fingerprint).

3 – The tonearm conducts the mechanical energy to the cartridge

4 – The cartridge converts the mechanical energy into electrical energy 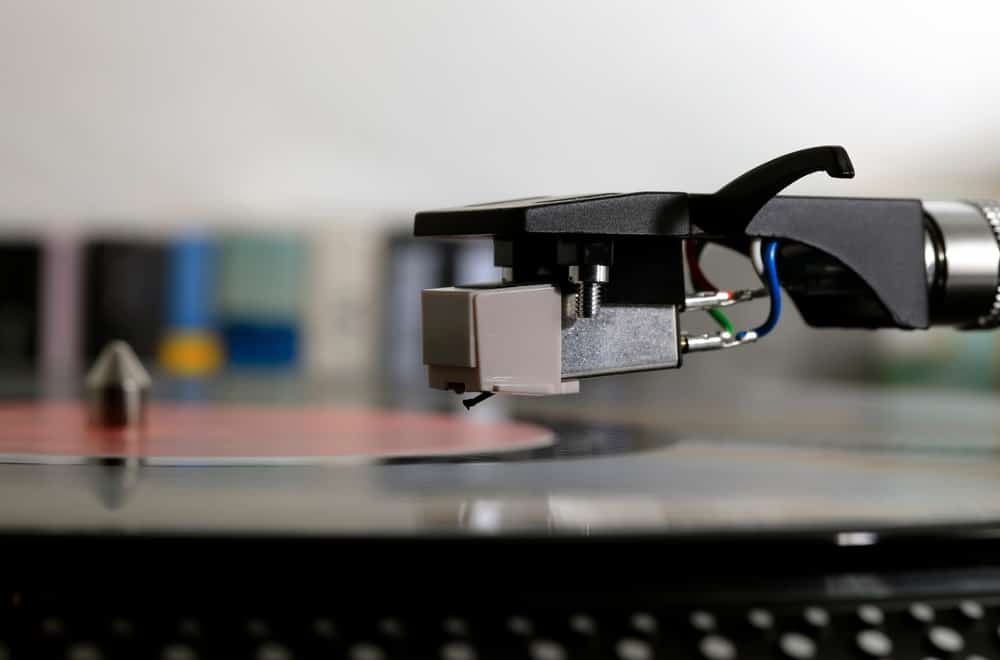 5 – The amplifier transfers the sound to the speakers

The last step is performed by the amplifier, which transfers the sound to the speakers (or your headphones) after it has translated the electrical signal into sound.

These speakers (or headphones) have a diaphragm that moves back and forth in the same pattern that was transmitted by the stylus. The diaphragm’s movement cause the air particles to vibrate, and this vibration will eventually reach your eardrums, creating the sound that you hear.

How Are Vinyl Records Recorded?

Now that you know how vinyl records work during playback, you may wonder what the process of recording the original sound is.

In a nutshell, we’re looking at the opposite. When recording a vinyl, the singer or producer uses a microphone – which is also a transducer – to capture sound waves and transform them into electrical signals.

These signals are transferred to an arm that features a diamond or sapphire tip. This needle etches the grooves on an empty lacquer disc following the “fingerprint” transmitted by the microphone. In this way, the arm transforms electrical signals into the mechanical signals your turntable’s stylus will be able to read.

Does the Record Weight Matter? 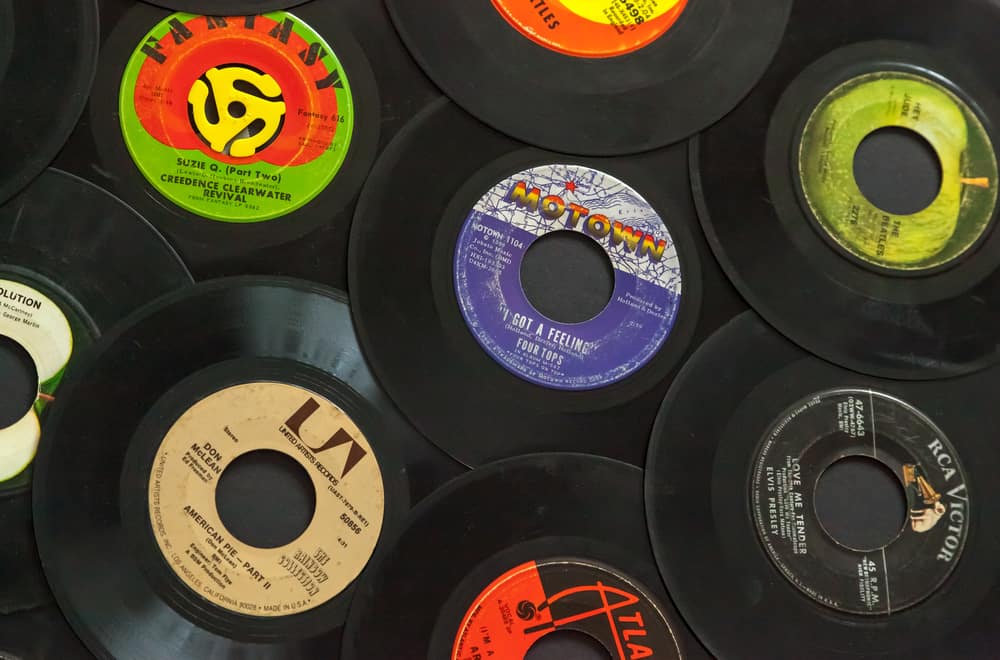 The record weight has nothing to do with the sonic benefits, but a heavier record may last longer. In fact, an increased weight often means a thicker and sturdier disc that is harder to scratch or damage. However, heavier vinyl records are often more expensive compared to their standard counterparts.

Most standard records nowadays have a weight between 120 and 140 grams, while heavier, audiophile-grade records can weigh as much as 220 grams.

How to Prevent Poor Playback Quality: Tips and Advice

A vinyl record can only output a good playback quality if it is kept in optimal conditions. This means that you should take steps to avoid accidental damage and also clean the record regularly.

Science explains how vinyl records work, but nothing can take away the magic of watching a record spin while listening to the music etched on it. Don’t you find it fascinating? Tell us in a comment below and share this article with your friends.